Historically, I’ve been a huge fan of Apple. They have a track record of making quality products and articulating a clear corporate philosophy. After being inspired by all the things Steve Jobs did to build his company and change the perspective of the world, I’ve come to believe that, at the moment, the company is taking its eye off the ball.

The launch of Apple 6s Smart Battery Case is one good example. It illustrates a host of decisions that were not just bad, but outright wrong:

When Apple launched the iPhone, Motorola, HTC, and Samsung released a flurry of competing options. In the end, my wife chose the iPhone, while I opted for the affordability of the HTC option from Taiwan. It had its limitations. The Android platform was primitive, and the keyboard didn’t support alpha characters. On the other hand, the iPhone 4S performed perfectly and without limitation. Eventually, I traded up for a Samsung Galaxy Note, which provided a differentiator from the iPhone with a screen big enough to view videos and delivered higher resolution.

Still, I found myself limited. If I opened more than a single browser window at a time, the phone would crash. On my wife’s iPhone, multiple windows performed smoothly. I decided that my next phone would be an iPhone. Right now, I’m still using that iPhone 5, which I’ve been using ever since. Now, on the cusp of another upgrade, I think the iPhone would be poor choice, especially when compared to the Samsung Galaxy S7. 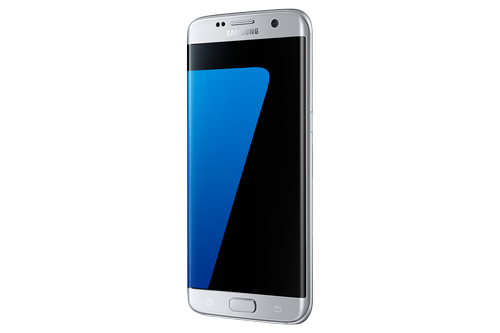 Steve Jobs knew intuitively how to give customers an amazing product that they didn’t even know they wanted. He has been quoted as saying:

Some people say, ‘Give the customers what they want.’ But that’s not my approach. Our job is to figure out what they’re going to want before they do. I think Henry Ford once said, ‘If I’d asked customers what they wanted, they would have told me, “A faster horse!”‘ People don’t know what they want until you show it to them. That’s why I never rely on market research. Our task is to read things that are not yet on the page.

Steve Jobs developed this insight over time, after seeing many failures and successes, and continuing to try, all the way from the old Macintosh days. He clearly understood the key elements that make a product tick:

The other day, when I was at the client site, the number keys on my MacBook stopped working suddenly.  I went to the nearest Apple store to get the problem addressed. The technician diagnosed the problem and said that the computer would have to be shipped to the repair center to be fixed. In the meantime, he gave me a Bluetooth keyboard to use for free. I was delighted by the customer service. This technician understood how important the computer was to my professional work and offered me a temporary solution until the problem could be fixed.

The keyboard worked flawlessly for several days, connecting immediately upon startup and staying connected. In time, the unit ran out of battery life—and I realized that it was running on a couple of standard AA batteries. That was a smart and simple solution: using a battery that was readily available and affordable.  Unfortunately, Apple seems to be getting away from the mindset to create these elegant solutions.

Steve Jobs had a clear formula, a step-by-step approach to make a product highly successful. Unfortunately, with his death, that tribal knowledge was lost and my never come back. The company is still searching for its next technology revolution.  Apple needs to come up with a system or process to capture customer feedback and prioritize, understand, and address with effective solutions. As I learned while earning my Master of Business Arts, great organizations invite two internal teams to come up with competing solutions. With competition, the teams think innovatively and solve the problem effectively. That’s how Apple developed the first iPhone. One team suggested an iPod-based model with a circular navigation wheel. The other came up with the touch screen we know and love. Without that competition, we might still have the cumbersome wheel. Now, other OEMs are taking a page from that book and innovating in the same way. Maybe, it’s time for Apple to get back to its roots. Apple, be warned, users want a bigger battery and fast wireless charging in the iPhone—that’s the future.

Is your company using any of this technology in the supply chain? How is it impacting your organization? Let us know in the comments section below.