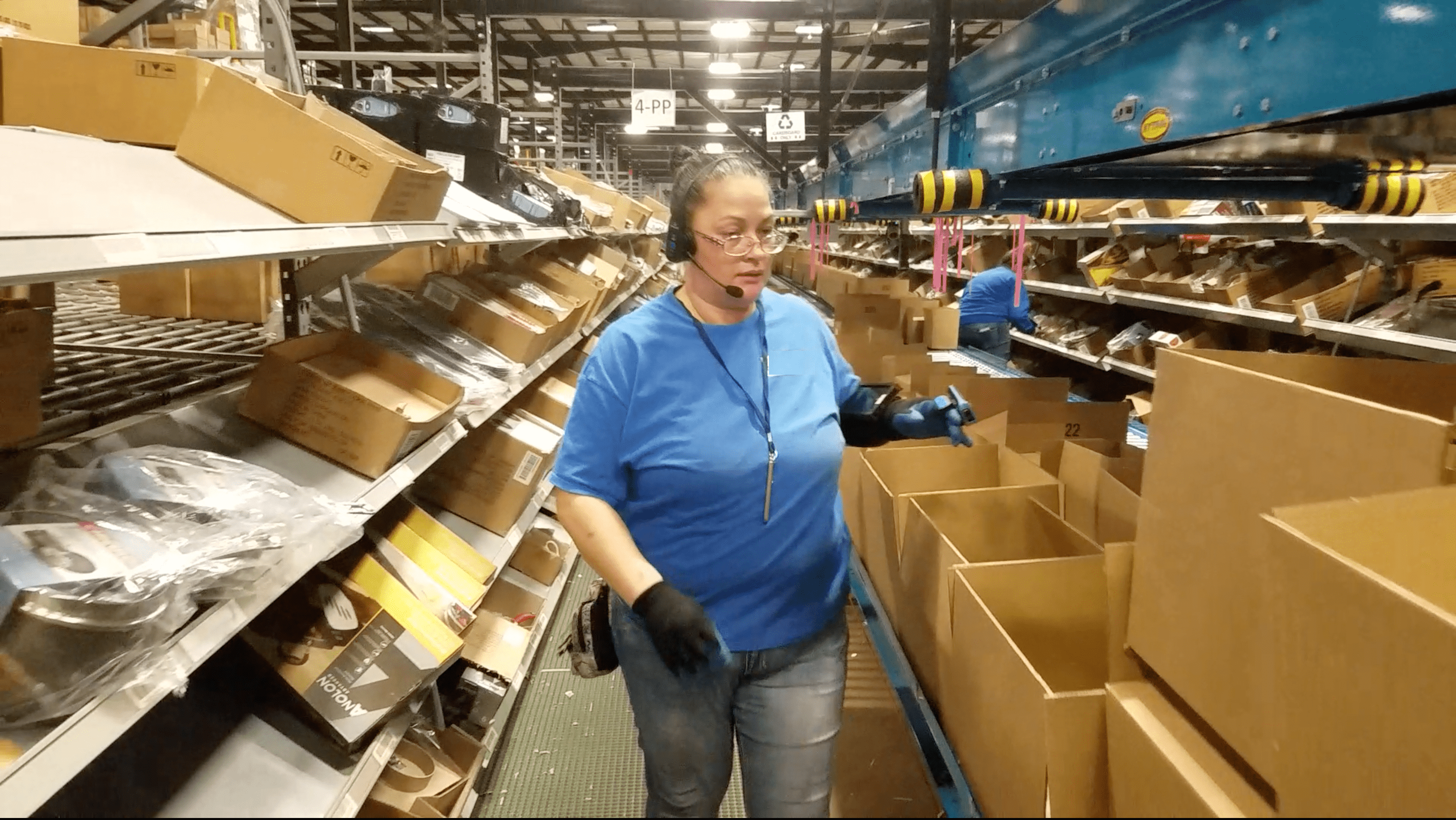 The first time I was confronted with the idea of voice picking, I was intrigued. This was quite a long time ago, but when I saw the design spec I sat down with the consultant who was designing the system to learn more. I asked him, “Why the heck would a user want to talk to the computer.” His response: “Because functions executed using voice are much more efficient.” Clearly, technology evolves, and that’s a good thing.

The technologies we’ve used up until now have some clear deficiencies. We started with scanning guns that were miles ahead of manual processes, but still had some limitations.

Cons with the RF handheld devices

Next, wrist-mounted devices came along to address some of the concerns. The biggest boon was the hands-free capability, but there were still some down sides.

Cons with the wrist-mounted devices

Early in this evolution toward voice there was excitement. In fact, some wanted to make everything voice-enabled. It’s not a total panacea for all the productivity pains in the warehouse.  For one thing, voice solutions can be quite expensive, because:

Overall, voice was very expensive and took a while to implement.

Later, I got a chance to talk to some of the distribution center managers that had already implemented voice. This is what they told me.

How has voice technology improved?

Consumer mobile devices, such as cell phones, have changed the game for the enterprises. Purpose-built devices are only required when powerful scanning technology is needed. Meanwhile, for most applications, consumer technology offers some benefits:

The latest Android and Apple devices have sophisticated voice engines with built in artificial intelligence and machine learning capabilities. It puts these capabilities into the hands of users at no cost. These voice engines can be easily leveraged using available application programming interface (APIs). The Google Voice Engine has taken technological leadership since Google converted to transcription using Long Short-term Memory Recurrent Neural Networks.

Meanwhile, computing power on consumer devices is on the rise, which makes voice commands both quick and accurate. Native voice recognition engines don’t require the recording of voice templates, which saves time for users. It also addresses the issue of voice changes due to emotion or illness.

As many WMSs become highly configurable and flexible, they can be easily configured to work with voice solutions and don’t require any speaking. Instead inputs are provided through the scanner, by scanning relevant barcodes, which works perfectly in a noisy environment. This also eliminates the need for check digits, because scanners are used to scan barcodes. This is faster and more accurate. In addition, many WMSs have built in voice interfaces, which means that solutions don’t need to be built from scratch.

Voice solutions are becoming plug and play, because consumer devices run highly-sophisticated terminal emulations that are easy to use with soft overlay keyboards and communication capabilities. Quick connection to a WIFI network and easily configurable voice solutions for text to speech capabilities get things up and running quickly.

Further, devices have gotten sophisticated enough to be used for both voice and scanning. Workers can move readily from one task or department to another using the same device at all times.

Overall, the cost of the voice solution has come down significantly for several reason:

Today, organizations that have never used a voice system should look at getting on board this trend. Further, if you have an older system from fifteen or even five years ago, you can save a lot by upgrading.  Let us know your thoughts on this in the comments section below.