Tell Apple to Stop Drinking its Own Kool Aid: The PC Isn’t Dead Yet
Operations or IT: Don’t Pick a Side 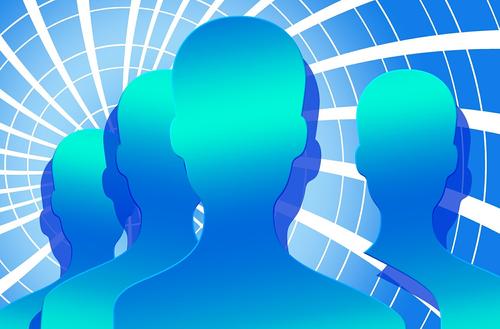 Early in 2000, I visited a Detroit-area DC that based its efficiency on highly disciplined paper-based processes, ruled by the iron fist of the DC manager. This tough woman had more than 30 years of experience in the organization, which had a 50-plus history. The seventy-year-old owner still visited headquarters daily.  My visit showed me clearly the source of their success: a willingness to change and improve.  Instead of laying off experienced (i.e. older) workers, this company worked to update their skillsets and maintain their value in the organization.

The company had called us in to deploy a Warehouse Management System (WMS). We found that the biggest challenge was not the technology, but the people, who were completely ingrained in the old, outdated systems. They wouldn’t use the RF scan guns that have been deployed. Instead, they relied on old processes and tribal knowledge accumulated over years (i.e. seasonal variations in SKU velocity, the quickest and easiest path to a good outcome, who could answer what question, etc.).

Often, the go-to knowledge bearer was the DC manager herself—she knew a lot.  With the new system, a System Directed Put away capability configured the dimensions of the locations and the SKUs, based on the case or pallet. The WMS would calculate the size, volume, and weight of the case/pallet and apply defined rules and display the location to the put away operator. In the wake of the new system, the DC manager would intervene and ask the operator to override the system. Getting the people to embrace the technology proved very difficult.

The case outlined above is not rare. In a nutshell, the technology progression has been similar all over. DCs started with paper-based processes, then upon the advent of RF networks and wireless technology, these organizations started tackling the change management issues inherent in any upgrade. RF handhelds were mobile computers that connected to the lean RF network, which would then connect to the WMS to help with data collection. Operators scanned barcodes or input data through a small keyboard.

In the early days, a basic low-speed network connection was all that was available, so thin clients (aka dumb terminals), with a display, keyboard, and mouse, were commonly used to run iSeries or Unix sessions. Later, PCs became affordable, and IT managers migrated users to the more robust workstations.  Workstations were placed strategically through the distribution center to give operators access to troubleshoot or look up information. Throughout these changes, the RF scanners remained the same.

More recently, as technologist recognized that workers often needed to use their hands to operate boxes or carry boxes, mobile devices that could be strapped on started to appear. This hands free solution theoretically doubled worker productivity since the hands could be used all the time. Next, voice activated systems, which allowed operators to talk to the system, brought hands free operation to reality.

The key learning was that distribution centers need to think about deploying process improvements rather than simply buying technologies. Every dollar spent should address a specific pain point or bring measurable improvement. For example, voice picking speeds up the work by creating a new process that let operators get more done with less movement, which saves time. Now, new processes are possible—and can be applied effectively to save time and money.

We are now on the cusp of even greater innovation driven by consumer solutions and changed demands and perceptions from users. Smart phones today are common. This new technology took the device beyond being simply a phone to being a powerful universal tool that handles email, messages, video chats, online conferencing, personal entertainment, social media and more. We see these devices improving our personal lives. The question naturally arises: Why not take advantage of these devices for every DC operator to allow for efficient and collaborative work?

Of course, the distribution center would need a ruggedized version of such a device. Even better, they should be designed to allow for the operator to work hands free. Further, we should consider creating a nice eco-system of devices that put tablets in the hands of supervisors and also leveraging personal devices with other personnel in the DC. It’s a numbers game. The greater the percentage of the organization involved in the network, the greater the benefit. Everyone can communicate faster, collaborate more effectively, share updates, share pictures, and save steps, time, and money. It would also bring a new tech savvy team spirit to the whole DC.

It shouldn’t stop there. Imagine deploying advanced capabilities such as image tracking across the supply chain, gamification, voice control and more. With these kinds of initiatives, you end up with a system that opens a lot of options and opportunities, makes the system easier to use, eases training, and appeals to millennial workers who are digital natives.

That is why we named our company Smart Gladiator, not a dumb gladiator. Technology, well applied, builds better systems and yields great returns. I said more about this at a recent conference in the video link below:

We would love to hear your thoughts. Please share your comments below.