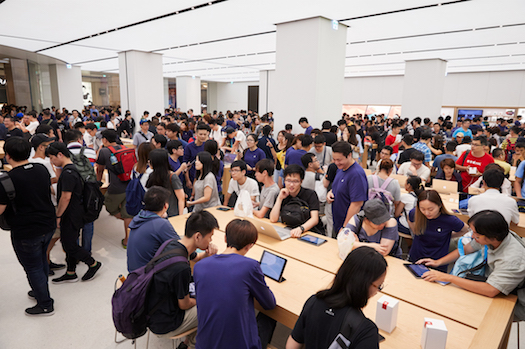 Is retail dead? This became the crux of the matter when I found myself invited to pitch in front of a leading retailer at the Advanced Technology Development Center (ATDC) at Georgia Tech. It was an exciting opportunity that was dulled when the name of the retailer was revealed.  They are losing market share to Amazon, the big elephant in every conference room discussing supply chain topics.

This retailer was on a downhill slide, shutting multiple store locations. There are two ways to look at this situation. I could figure that it was a waste of time doing this pitch. The other was to try to turn adversity into opportunity. You can guess which approach I chose.

Part of what led me to this decision was a distinct retail experience from my past. In those days, I saw a Kenneth Cole shoe at a local retailer. My salary was sparse, so I had to plan for the purchase, and wait for a sale. Finally, I got a coupon after about six months, and I was so excited I woke up early to go to the store. I tried it on and it was beautiful, a Kenneth Cole Simplicity in burgundy. I presented the shoes and my coupon to the clerk who told me that the coupon wasn’t valid for my purchase. I left the shoes behind at the store because:

That was the last time I shopped with that retailer, even though I walked by the store a hundred times. For me it was shoes, but I’m sure we could point to a similar example for just about any electronic gadget or gizmo around.

My takeaway, though, was that all the talk of online killing retail may not be completely true. If retail is sick, it may be that they are not taking care of business. This adversity may be an opportunity to turn it around, come out bigger better and stronger.

Besides, if retail is dead, why are Apple stores filled with people all the time? In fact, just this summer, the company opened its 101st retail location in Taiwan.  Plus, there’s no argument that Apple stores are simply cool, with a modern club vibe full of glass. I’ve spent some nice evenings with my daughter checking out the newest devices, listening to music, trying out games and more.  People used to window shop in malls, and now they are doing that same thing at the Apple store, since technology is such an important part of our lives.

Our world is being transformed by technology, and retail isn’t any different. Technology is driving changes there as well. Retailers who hope on board this trend in smart ways, and incorporate technology into their stores, are the ones that are going to survive.  Even Amazon is hopping on board, and opening futuristic stores that give customers a chance to get up close to technology and be engaged in cool ways. 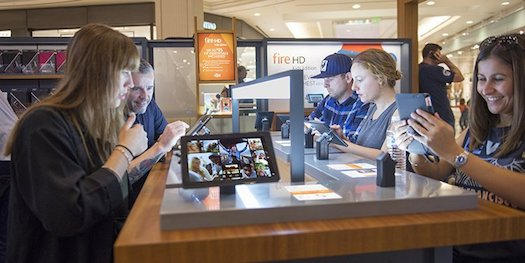 Retail is changing in a big way—and this new breed of retailers has several elements:

The retailers that don’t understand this are the ones that are going out of business.