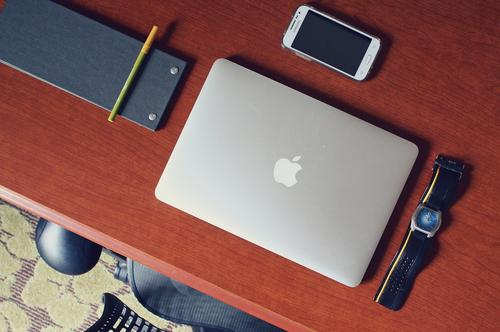 In some ways, it’s an idea whose time has come. Back in the days, we weren’t sending emails. We weren’t writing Word documents. We weren’t copying and pasting documents. Computers changed everything… Now, we work electronically.

Today, having a stenographer show up to do our documents in shorthand in the office wouldn’t make sense. Carbon paper was a big mess, and no one misses those blue or black sheets. As personal computers took over the office, it’s totally understandable that Girl Siri, or Girl Alexa, or Girl S-Voice showed up to take up the slack.

Humans would connect much better with such avatars than a software interface. I know because of my experience with BonziBuddy, a spyware that accidentally came into my Microsoft Windows computer back in 2001. Even though it was a spyware I let it live, because it was a purple gorilla that was fun. My friends ended up playing with the BonziBuddy. They would poke it, punch it, or write something to it and the purple gorilla would respond in a funny way. We knew it was software but it was engaging and funny anyway. Even later, when I would call those friends, they would inquire about my BonziBuddy as if it were a real pet.

BonziBuddy actually followed the concept of the Microsoft Office Assistant, the character named Clippy that would wake up and ask if you needed help. It was cool because it built an emotional connection with humans.

Here’s a list of must have characteristics for a truly wonderful digital assistant:

I would respond better. I think anyone would. Imagine having a similar assistant for your supply chain system or your warehouse management system (WMS). Have you a need for such systems? Would that make your life easier? We’d love to hear your thoughts in the comments section below.