Virtual Reality: Exploring the Potential of the Oculus Rift
Defining Leadership for the Tech Industry 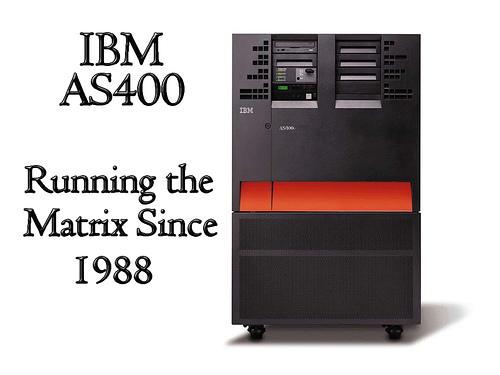 When I came to the U.S. back in 1999, I got some ribbing about the “green screen” technology I was working on from others who, like me, had envisioned coming to America to work on cool, modern technologies (such as Java, HTML, JavaScript, etc.). I had taken the opening I got, working on the IBM AS400, the iSeries technology.

While it is a green screen technology, it was and still is amazingly stable, steadfastly reliable. When I mentioned my work, people would say that is 70’s/80’s technology. They predicted its demise—but it hasn’t happened yet. I have been in meetings with vice presidents of IT who were looking for recommendations of to how optimally run their $5 billion plus worldwide supply chain business on these machines. They wanted to know the best strategy: a centralized architecture with mirroring or an iSeries box in every location, with a localized IT team in place.

I’ve also seen retailers who love the technology so much that they run $12 billion in business running on the boxes. Rule of thumb: if the CIO is over forty years old, he or she will lean toward the iSeries technology, while the under 40 CIO will lean toward open system technology.

My time working on IBM technology gave me great respect for the company. At the same time, I had moments when I felt like I was missing out on the information revolution going on around me. Then I saw a film called Pirates of Silicon Valley that shows how Steve Jobs and Bill Gates fought each other to dominate the PC market. I not only watched it, but also analyzed it, debated it, wondered if the future is going to change so fast, over and over again. (Pardon my slight digression, but  I didn’t know India had so much impact on these folks even in the early days in Silicon Valley, in a scene where Steve Jobs’s first wife calls to tell him that she is pregnant and Jobs suggests naming the new baby Ravishankar.)

I still remember the scene where Bill Gates sells IBM execs on the Operating System he hasn’t invented yet and then the Microsoft team hustles to get the DOS operating system from another guy, which they later license to IBM. From there, I learnt about how the Internet is going to change everything.

To this day, I retain my respect for IBM, and when the company takes a new direction, I pay attention. When I recently read that IBM is offering its employee Apple MacBooks, then, I was very interested. 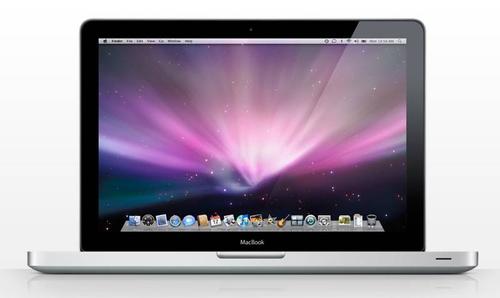 CIOs need to take a special notice of this development and seriously consider deploying MacBooks in their Enterprises, including procurement and supply chain, for a number of reasons:

However, this can’t be a wholesale move. In fact, there are at least a couple of areas where the MacBook isn’t the best choice. For example:

With the Windows 8 fiasco, the timing for MacBook to make a splash in the Enterprises seems right. However, Apple does need to work out some problems before there can be a smooth transition. For example, the Mac needs to support Microsoft Office smoothly. As it stands now, the Office version FOR Mac is old.  There may be some challenges when porting the documents created in Mac into different versions of Office—a reality that may or may not be a big hurdle.

Further, Apple has to focus on supporting all the enterprise apps that run Internet Explorer today. A lot of enterprises are running applications exclusively developed for Internet Explorer, and Microsoft stopped making IE for Mac in 1996. There is no browser that can replace IE in Mac (or iOS) seamlessly, but there are a few third party browsers that can be configured to mimic Chrome or IE or Safari. Unfortunately, they don’t have all the features that IE has (especially ActiveX). That means that users not running IE can’t access web sites that use ActiveX. It also means, though, that they aren’t as prone to the security issues that, over time, make Windows PCs sluggish.

Taking all this into consideration, it’s important that organizations step back and take a look at altering their technology course as IBM did. The deployment of Macbook in enterprises not only brings maintenance headaches but will also put pressure on the industry to address some of the limitations I listed above.

Apple might not let this happen, since they have a long history of creating a closed eco system and is not a big fan of encouraging 3rd party apps like these. Or perhaps under Tim Cook’s leadership, things may be different. Potentially, there is this opportunity opening up for software vendors to make the windows compatible apps for Macbook and iOS, while this transition to Macbook is happening. It remains to be seen.

We’d love to hear your thoughts on how this might develop in your enterprise. Please post your comments below.