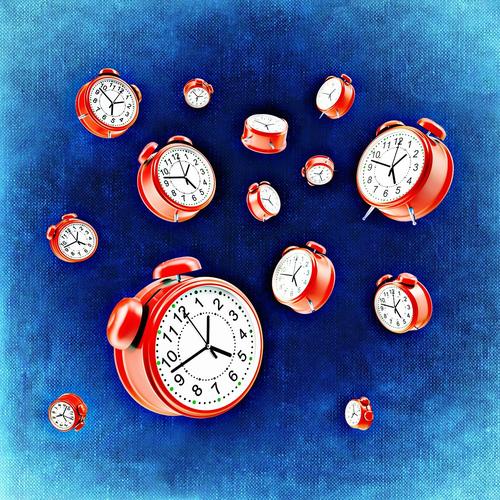 It’s been said that hindsight is 20/20… and it’s certainly true that taking a moment to ponder the outcomes of the projects and activities of the year is useful. I’ve had wild successes, as well as some equally fantastic failures. As a project manager, I’ve always believe that if my team did not accomplish its goals, it pointed to a failure on my part.  Learning from both the ups and the downs is the first brick in building a firm foundation that will allow an organization to stand the test of time even as change accelerates everything around us.

Technology is evolving quickly and the world is getting smaller. In the best organizations, the work environment is becoming inter generational and multicultural. Some people are even positing that robots and artificial intelligence (AI) will reform the workforce even more.  How can you build a great team even amidst change? How do you avoid failure as much as possible? How do you turn adversity into opportunity in those moments when failure does occur?

Most of us start as individual contributors doing technical (as opposed to strategic). For example, I started as a software developer, focused on the technicalities of the product. I always knew, though, that I aspired to being entrepreneur and I kept that in my mind as I made every decision. When I bought my used Toyota Corolla, I tried to take lessons from the experience about how to buy used machinery or tools once I started my own company. I continuously looked for transferable skills. I even learned from my failed ventures.

A big part of starting a company is solving problems. To do that successfully, you must learn the business. Traditionally, IT experts like me have mostly played supporting role, developing, deploying, or supporting a system. They do get pulled into business discussions but they don’t have direct responsibility for solving business problems. When I started my company, I switched roles to become a functional expert, playing customer-facing roles solving business problems, addressing operational challenges, and understanding the key goals for a business.

So I took on wild projects. That may sound counter intuitive for someone wanting success, but it’s a strategy. I wanted to grow into a director leading a professional services organisational. To prove myself, I knew I needed a track record of achieving the highest revenue or most billable hours. There are two possible avenues to that outcome. First, I could pick a bunch of smaller projects so that if one or two failed, I would still be on top. The other was to go after high profile projects with big name companies which would lead to strong relationships and lots of recognition.

By accumulating experience, I had examples to look at to see what the successes had in common.  I tried to learn what I could from the failures. Those lessons let me transform myself. Once I was tasked with helping a hardware distributor expand its supply chain network. I loved it. My role was to work with the IT group to customize the system, but I went further and went to the distribution center floor to spend time with the end users and design and modify systems based on their requests. I built relationships and got quick results. Most of all, I was emotionally invested. I cared. I felt at home with this customer and enjoyed every minute.

The next marquee project I did was a major warehouse management system (WMS) for an e-commerce distribution center for a major consumer goods retailer. The project was fun because I was leading it. I was working with a great team.  One technical manager taught me a lot. He gave a lot of leeway to the people who worked for him. By trusting them, he won their trust. They felt so invested that they went above and beyond to get their work done. I felt the same way. I was emotionally invested.

I also had a couple of projects that did not go well because I was not emotionally invested. I did not feel welcome. I felt like my ideas were shot down without being heard.  The biggest difference between these projects and the winners were that sense of emotional investment.

This realisation changed the kind of leader I wanted to be. In business school, I learned from a case study that there are two types of coaches: the yellers and the encouragers. The yellers would let chairs fly, use foul language, and generally terrify everyone. These coaches got a lot of things did, but the players reacted out of fear.  The encourages were more mellow, and worked hard to make his players feel like family. This leader’s players did things out of trust, respect, relationship, and participative leadership. They understood that the coach was emotionally invested.

So how emotionally invested are you in your work? Have you reaped success out of that? Let us know in the comments section below.