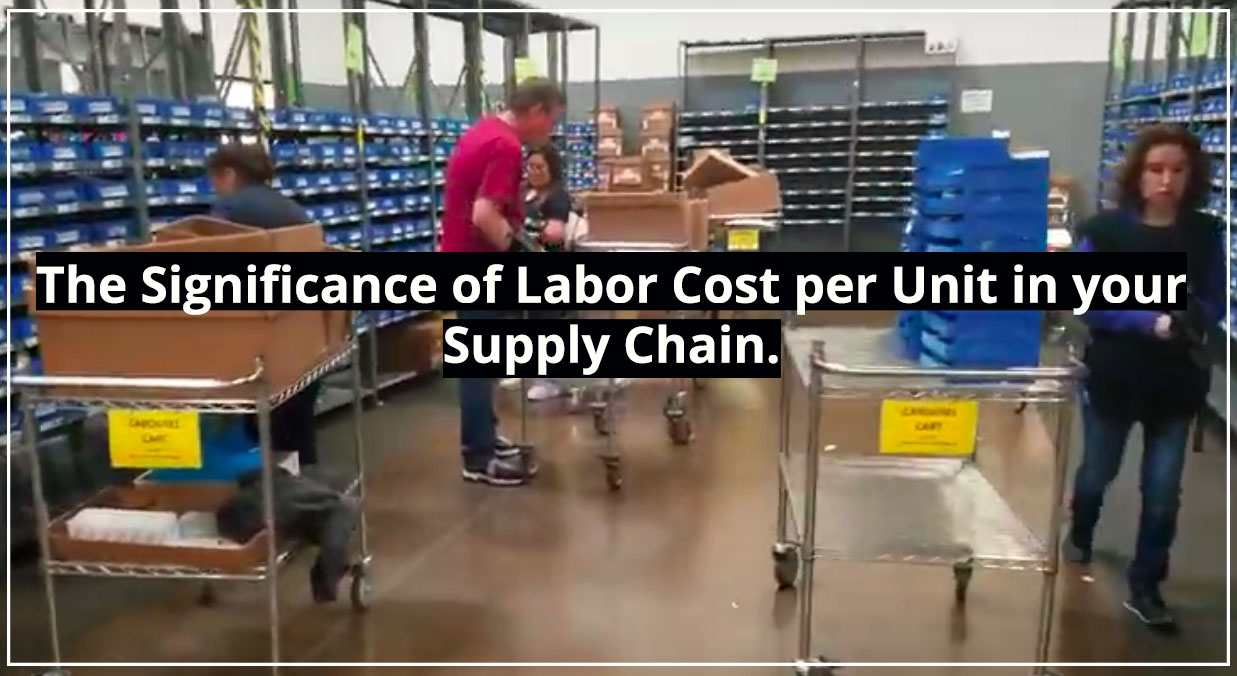 During one of my implementations, I was talking to this DC Director, this was a lady that had this amazing knack to formulate processes completely on the fly, that worked for their complicated manufacturing and distribution center, that was handling a lot of these eye glass prescriptions. The challenge with this operation was that their product was very small and also very fragile, which means it is pretty much a norm to break a lens before a vision/glass prescription is fulfilled completely, which means the same order would go through the processes multiple times. Basically the process was the order would get downloaded into the WMS that was running the distribution center and this order could come from any one of the 20 or so systems that were feeding orders to these guys, then the closest lens would get picked, which would get sent to the manufacturing center, where the product would get tracked inside the manufacturing process where it would be ground to the specification in the vision prescription, then it would come out, and then it would get packed put and then shipped out to the customer, now this sounds simple enough, now imagine doing this for 8,000 to 15,000 orders every day, in order keep the picking process efficient you had to bulk up and get the most bulk, so the resulting picking process is efficient with the least travel time and then it needs to be sorted pair by pair, so that the glass for the left eye and the glass for the right eye are put together, so essentially this is the first time, when the prescription is fully seen with the lens, and then this whole thing as a pair is sent to the manufacturing process, during the grinding process, one of the lens might get broken, which means, the entire process needs to be repeated by re-downloading an order, meaning we are starting from scratch again, so the order goes through the picking process, then gets sent to the manufacturing process, then after the grinding process is complete, it comes to the DC and then shipped out of the WMS, because the WMS had all the manifesting capabilities. And also the other complexity was the orders were coming from so many different systems, so the right system needs to be updated back for the order status, especially in the broken scenarios. This lady had not only a lot of experience, but also had seen a lot of variations in the processes and also the way the business has changed. So when she asked me a question on how to solve this problem, I had to pay special attention to it, because had it been easy, she would have solved it long ago.

So the challenge was to address the issue with some of the vendors that would ship these weird small boxes that would have a few lenses inside them. Some of them were specialty and had to be procured from specific vendors only. And there were many vendors that were not following the packing procedures that were instructed to them and there are some really high end glasses that are stylish and expensive, sometimes like a jewelry, which means extra special attention needs to be paid, as this impacts not only the function but also the form, hence the image of the customer needs to be paid careful attention to. Hence the variation of these vendors, as not all the vendors sell all kinds of SKUs, there are only certain vendors that perform the specialized work for a variety of reasons. So from a distribution perspective it is not fair to charge all the vendors the same cost, if one vendor or a set of vendors are making me bend over backwards just to process their shipments. I should be charging them more because they are making me spend more labor on their product because they are not following the instructions perfectly and hence costing me more.

So now in order to solve this challenge effectively, the DC has to have a pretty good Warehouse Management System, then on top of it, also needs to have a pretty good Labor Management System, only then this level of information can be captured systemically on a consistent basis for every single operation. Or else this needs to be done manually, which is possible, it is just gets complex if someone needs to be trained thoroughly on this process, that itself is another project and again the dependency on human aspects and the tribal knowledge which might end up residing in a few people is not good for the organization in the long term. However with the IoT capabilities that are gaining traction in the warehouses, this aspect of data collection has become much easier and is also not that expensive. Basically DC managers don’t have to spend so many dollars to implement a sophisticated WMS, that already has integrations into a sophisticated LMS, which means, what was previously available for only bigger DC operators is available even for smaller operators now, the ability to measure the labor spent on a single shipment or even track the labor expenses, the effectiveness from the operators can be tracked at a much lower cost leveraging the IoT capabilities that are available with the sophisticated mobile devices. These IoT systems have gotten so sophisticated, not only you can measure your productivity from the labor spend, you can even track your cost per unit for each operation, whether it is picking or receiving or putaway or replenishment or cycle counting.

So what are you leveraging the IoT devices for today in your warehouse? Being a small DC, how are you measuring your labor effectiveness, cost and the overall productivity without spending a fortune.