Curiosity: Building Success in the Organization
The Startup Phenomenon: How 3PL’s Can Use it to Increase Value & Capture Market 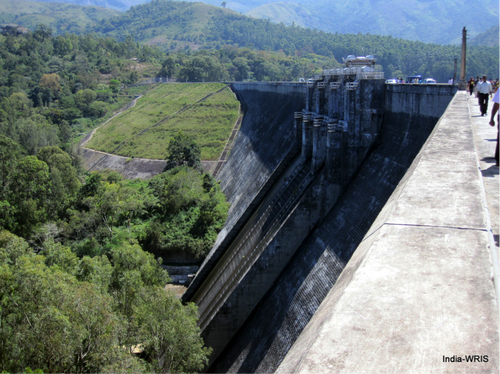 In the summer between high school and college, I got to tour with my Dad in the mountains of Western Ghats in South India. His job was to ensure the communication infrastructure that was supporting a network of hydroelectric power projects in that area ran without a hitch. One plant, called the Kadamparai Hydroelectric Pumped Storage Power Plant, was a unique project.

The plant could be run in two modes: as a generator or in pump mode. It had two dam reservoirs, one at the top and one at the bottom near the plant. Water from the reservoir could be released through the penstock pipes to power the generator in its task. With excess power, the same generator could run in pump mode to pump water into the upper reservoir for storage until it was needed to generate more power. The amazing thing is that this whole power plant is built inside the mountain, similar to how the Boston Big Dig resides in the ocean.

It was interesting to observe up close what my dad and his team did. They would troubleshoot the communication switches to look for issues. When problems arose, his job was to drill down from the switch to rack to the board level to fix the issue. They would run lots of tests to figure out what was going wrong and then would replace defective board to get things running smoothly.

Fast-forward a decade or more. I had a roommate who worked on developing billing software for a mobile network operator called Powertel, which is now part of T-Mobile.  We were in the midst of the start of the cell phone and mobile revolution. He would come home and tell me about how telecom switches were undergoing rapid change, as the PABX circuit boards were replaced with software running on servers.  That reduced the size of the telephone exchange hardware substantially, and gave users more flexibility, used less energy, allowed for ready troubleshooting, and made customer and usage data collection much simpler. This was my first exposure to seeing how software was taking over the world.

Since then, the speed of change has only increased. Point and shoot cameras are a rare now as people use the camera in their smart phones. Not only has software taken over the world, but it has made things easier, less expensive, more convenient, and has created new cultural norms (i.e. the selfie phenomenon). Now, finally, the move to software has taken over the enterprise. American entrepreneur Marc Andreessen, in the Wall Street Journal, predicts that we are due for a major disruption that will have repercussions that are far greater than the industrial and internet revolutions we’ve seen so far.

So how does this impact supply chain? In supply chain, eventually all or nearly all the manual tasks are going to be automated. Obviously, we cannot replace the trucks that move product from point A to point B with software. However, rather than having a person charged with checking in the truck at arrival and make sure a dock is available and communicating with the driver about status, these tasks will at some point be automated by software systems.

Distribution centers, traditionally considered to have too many variables to be automated based on processes and procedures, still rely on human operators. Assembly lines, which are much more predictable because the actions involved are repetitive, are relatively easy to automate by deploying robots in the assembly line scenario. Hence in a distribution center, a small change in the priority of an order, will change the dynamics of the operations quite a bit, because the tasks associated with it will bubble all the way to the top.  With sensors and software taking over these aspects of the supply chain, all these would be automatically managed with less human intervention.

These shifts make it important to wisely invest in solutions and infrastructure that support software capabilities to allow the supply chain to stay agile. One example: instead of investing in expensive, not easily reconfigurable material handling equipment and roller based conveyor layouts, invest in robots that essentially do the same thing but with more flexibility. Similarly, invest in hardware infrastructure that is flexible to accommodate the realities of a software-centric world.

So how has this software phenomenon impacted your supply chain? Share your thoughts in the comments section below.