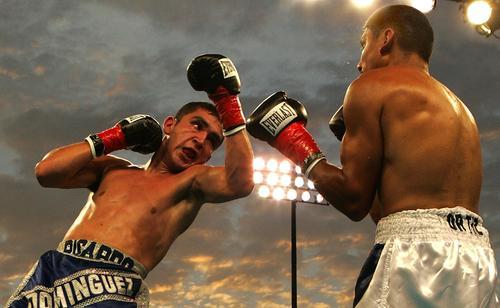 Recently, I was telling a colleague about how we helped a retailer with a week-long pilot project with our distribution center technology. The results were exciting. Day one, productivity shot up 8%, which translated into labor savings that any operations executive would love. It shone a light, though, on a very real tussle that occurs in many organizations: the distribution center executive loved the productivity gain and the new technology, but the IT team didn’t want to engage in helping drive the improvement.

In fact, the IT team remained completely indifferent. Worse, they proved to be a real roadblock. Of course, every department, including IT, faces its own challenges. The pilot project, which was slated to begin on Monday, was delayed until Thursday, while we waited for IT to have time to configure our devices. After the successful test, the IT folks chose not to deploy our devices, citing budget constraints. IT and operations found themselves in the midst of a sparring match over how and when technology should be deployed. Eventually, the distribution operations executive resigned from the organization.

The implications didn’t stop there. The failed pilot set a tone for every employing in the organization and shifted the corporate culture. Over time, employees come to believe that making operational changes is difficult or even impossible. Soon, a culture of indifference is pervasive.

My associate who heard my tale of woe is someone I have worked with for a long time, on warehouse management system design projects for more than seven distribution centers for a leading apparel manufacturer/distributor based out of the North Carolina. He told me that about his current role: acting as a liaison between the operations and IT teams. Few people can play this role effectively—since they tend to take one group’s side or the other.

My buddy, though, has been able to find the middle ground. Coming from a consulting back ground, his skill set is a perfect fit to understand and empathize with the pain the operations guys go through, and, by the same token, to comprehend and the IT side of things and articulate how a small change can make a big difference in the operational side of the business.

Let’s take a quick look at one real-world example. Distribution center operators are constantly looking at green screens and entering numbers in their RF devices. Meanwhile, picking operators are gathering goods from a multiple pick locations, where individual units of a Stock Keeping Unit (SKU) are kept. They particularly scrutinize the last six bits of the location code, which provide the bay, the level, and the position of the location. Unfortunately, they are faced with a whole screen of green characters, so finding just the right numbers is slow, monotonous, and eye straining. A simple screen change (see below) let’s pickers speed up, finding the highlighted numbers more quickly. We have found that, with the old screen, pickers take three seconds for information identification, compared to a single second with the new screen. That may not sound like much but across 40 million picks done annually by people paid $15 per hour, it amounts to $330,000 worth of time.

To make the simple change would demand half an hour of development time and perhaps a day of time to roll it out to the production system. We found that we could do it without customizing the core WMS (a move that would be potentially expensive to maintain and upgrade).

When operations can bring an empathetic attitude to a conversation about change management with IT, though, you can get a much better outcome. It’s important to help communicate how simple changes can benefit both sides of the equation, operations and IT. It’s possible to build a sense of camaraderie and partnership, and spark contagious enthusiasm. Over time, it can become a habit of the organization that is ingrained in organization’s character and changes its trajectory.

Imagine COO’s and CIO’s partnering like this, standing together shoulder to shoulder, helping each other. It sets a great example for the rest of the organization.

I’m wondering what opportunities your organization may have found when IT and operations has worked well together. Let us know in the comments section below. 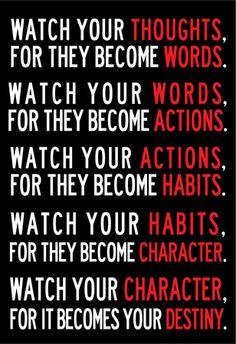 Consider that what is character for an individual is culture for an entire organization and this saying attributed to Chinese philosopher Lao Tzu is greatly applicable.