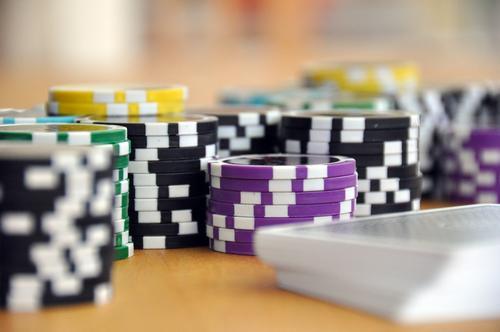 One of my customers, a bulk picking department manager, asked an intriguing question the other day: How can I keep my employees motivated and working hard?

His organization had deployed our wearable devices a year or so ago, and I had called on him to check in and see how they were being used and how much savings they had achieved. He’d had much success, and we had helped this customer come a long way in helping people to work in a more connected manner. But he still had this one headache—keeping his workers engaged and focused.

I’ve come to realize that the biggest challenge we have is helping organizations navigate the change to using the wearable devices. That’s largely because people are outside of our control.  We have found younger employees, the tech-savvy millennial’s, adapt easily to these kinds of changes, but the older generation is slower to adapt, wanting to hang on to old ways and old technology and practices.

I asked my customer to explain further. He told me that many employees were able to maintain enthusiasm and interest throughout the workday, easily meeting and exceeding 100% utilization and earning their incentives. Unfortunately, he also had another group that always started slow, peaked mid-day, and then go downhill, missing the mark equally consistently. The challenge then was to get this second group to start strong and continue—so that everyone could earn their incentives and ensure corporate success.

A recent Gallup poll indicates that my customer is not alone in his experience of having a disengaged and under-utilised workforce. On average, the study found:

Those are staggering figures when you consider that the ubiquitous nature of technology. It occurred to me that there must be a way to leverage it to better the work force. That’s when it came to me: gamification.

Gamification tackles the challenge of making work resemble a game, so instead of doing the work with drudgery, boredom, and a sense of pressure or like a zombie, workers get interested and do better. Gamification, done right, pushes people to new levels of engagement and makes work more enjoyable. Further, this approach transforms what is normally an extrinsic reward (business success or a bonus) into an intrinsic reward (meeting and exceeding clear goals, create a shared sense of community, and building a sense of enthusiasm). Of course, extrinsic rewards work well in conjunction with gaming, especially if employees see an increase in pay for their efforts.

One popular story from the book How to Win Friends and Influence People by Dale Carnegie illustrates this point. He wrote:

“Charles Schwab had a mill manager whose people weren’t producing their quota of work.

“How is it,” Schwab asked him, “that a manager as capable as you can’t make this mill turn out what it should?”

“I don’t know,” the manager replied. “I’ve coaxed the men, I’ve pushed them, I’ve sworn and cussed, I’ve threatened them with damnation and being fired. But nothing works. They just won’t produce.”

This conversation took place at the end of the day, just before the night shift came on. Schwab asked the manager for a piece of chalk, then, turning to the nearest man, asked: “How many heats did your shift make today?”

Without another word, Schwab chalked a big figure six on the floor, and walked away.

When the night shift came in, they saw the “6” and asked what it meant.

“The big boss was in here today,” the day people said. “He asked us how many heats we made, and we told him six. He chalked it down on the floor.”

The next morning Schwab walked through the mill again. The night shift had rubbed out “6” and replaced it with a big “7.”

When the day shift reported for work the next morning, they saw a big “7” chalked on the floor. So the nightshift thought they were better than the day shift did they? Well, they would show the nightshift a thing or two. The crew pitched in with enthusiasm, and when they quit that night, they left behind them an enormous, swaggering “10.” Things were stepping up.

Shortly this mill, which had been lagging way behind in production, was turning out more work than any other mill in the plant. The principle?

Let Charles Schwab say it in his own words: “The way to get things done,” says Schwab, “is to stimulate competition. I do not mean in a sordid, money-getting way, but in the desire to excel.”

The story made me think of a book titled The Goal: A Process of Ongoing Improvement by Eliyahu Goldratt, which was recommended to me early on my career.  The beauty of the book is it reads like a nice story, unlike a typical boring operations problem-solving, instruction manual. The story tells about a similar manager who is trying to streamline processes in his plant, how he realizes his folly of jumbled processes during a weekend hiking trip with his kids, and then how he implements streamlined processes with the help of a consultant. Now, decades later, I find myself in the same role as that consultant!

So what can this Bulk Picking Manager do? I want to offer some options from a Gamification perspective.

Anyone who has seen a car race on TV knows about leader boards. The list of top drivers pops up with exciting music to tell who is in the lead and by how much. Leader boards are often used in sales to highlight top performer and let the laggards how much they have produced. This approach serves a dual purpose. First, it gives individual performers feedback on how they are doing. It also does away with any illusion that someone might have that they are doing great when they are really not. Utility companies have used this to good effect by telling customers how well they are saving energy compared to their neighbors—and everyone uses less energy. This works even better with incentivized scenarios since workers benefit in a measurable way with every improvement.

In a distribution center, performance and utilization is measured through the number of boxes or unit an operator picks. At the end of the day, the number of picks is computed as a percentage of a standard number of picks based on Engineering Labor Standards, as well as other factors such as ergonomics, travel time, nature of the product, layout of the building, number of aisles, bays, levels positions, etc. Pickers are paid more per hour if they hit 85% to 130% of production. In a gamified world, a leader board would pop up every half hour on their wearable or table—letting them know their efficiency rating in real time. This would let operators know if they are behind the curve, but would also let them know how they are comparing to their peers. A sense of motivation and competition are a natural result.

Team leader boards are similar to individual leader board, but, instead of ranking the operators individually, groups them into two or three teams and then ranks them as a team. This builds a sense of camaraderie amongst the team members and encourages everyone to perform better for the good of the team. In the distribution center, the leaderboard would display team feedback and operators would strive to make their team win.

Ranking against past performance

Another type of leader board, this type of ranking lets people compete against their own past performance. This type of game is appropriate for workers with a specialized role that is without peers for easy comparison. Think of runners who use a treadmill—they often report that the ability to record and compare with previous performance motivates them to compete against themselves.

Of course, when implementing any new concept like gamification, it’s always important to take a step back and start by identifying the pain point that needs to be solved. Never do gamification for the sake of gamification.

With the availability of sophisticated technology including tables and wearables, gamification of mundane DC tasks is easily possible. In addition to making work more fun, it would likely result in higher productivity and better financial results in the overall organization. Share your thoughts on gamification and its potential uses in the comments section below.