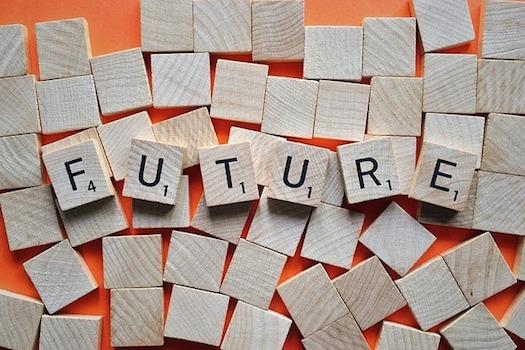 Imitation is the sincerest form of flattery. In fact, at least when it comes to figuring out strategy, one excellent way to find the path to success is to find someone who is doing what you would want to do and study that successful execution. You can create a successful model and understand market dynamics.

You’ve seen it happen in business often before. For example, back in 1980’s, Motorola wanted to know whether cell phones were going to be a big hit. Nothing like it had been done before, so there were no trends to be analyzed. Instead, the company needed to look for a similar technology with market similar dynamics. Consider the unit sales of other new technologies that had taken the world by storm, ending up in about every household, in the first three years (cell phones, radios, television sets, fax machines, microwave ovens, etc.). Then look at how those technologies performed ten and even twenty years later. By considering adoption rates, you can figure what the payoff would be. Taking all this into consideration, it was clear that an investment in the cell phone business had the potential to be quite good. This adoption curve data then helped to figure out in what year cell phone sales would reach sufficient volume to repay the massive investment required to bring it to market.

The same method can apply on a personal level. As I planned my career as a first generation Indian American immigrant, I look for proxies like Sundar Pichai, Vinod Khosla, Sabeer Bhatia, and others. I relate closely to Sundar Pichai because he grew up in the same part of the country as I did. I saw a photo of him as a teen, hanging out with his friends with their bicycles, and it reminded me of my boyhood. When I heard one of Sundar’s presentations, I noticed that he emphasized that the “Internet is the greatest equalizer ever invented.” We have seen the power of the internet so far—especially the way it has transformed how we do business.

Internet has enabled smart, intelligent, talented people all over the world.  It has created a door for those who aren’t in large metropolitan areas and first world countries. Anybody with a computer and an internet connection could become an entrepreneur and participate in the global economy. The internet enables wealth to flow from higher levels to lower levels and make things a little more equal.

This dynamic is also true for smaller companies, both in the U.S. and abroad. The Internet has levelled the playing field, so that small companies can compete with big ones by leveraging technology. In some ways, smaller companies even have an advantage because of their agility and ability to adopt new technologies without being hampered by legacy systems. For example, many small 3PL companies are family owned and operated and have stayed in business. In the long term, they have executed well and have positioned themselves as an extended partner for larger customers.

Mobility has only accelerated this pace of change. Imagine those days before we had all of our fancy mobile devices. We couldn’t get things done while we were out of the office or home. Using work computers to get personal things was frowned upon. with our personal mobile devices, we download an app and get stuff done. Mobility has only accelerated the pace of everything.

Let’s look at one more example. Chinese commerce site Alibaba Group is trying to lure American companies to sell in China, reversing the traditional tide of commerce. Chairman Jack Ma, believes that there is great opportunity for American products in China, especially in the food and beverage, health and body care, home products and apparel categories. If he’s right, soon, US OEM’s will be flooded with calls from Chinese buyers. That is why cultural intelligence is even more important and people with exposure to multiple cultures will thrive. The full letter, where Ma touts the success of Pacific Northwest cherry growers and a New York-based sneaker company selling to China can be found here.

So what are some of the equalizing phenomenon do you see being created by the Internet and mobility? How are these trends this impacting your supply chain? Let us know your thoughts in the comments section below.