This best practice is about running the warehouse meetings effectively. It’s basic and I learnt a great deal from consultants and doing consulting myself, the consultants gets billed at a high rate. For eg. I have been to sites where I got billed and the value we brought to the table as a team and it was always highly challenging. The complicated problems we solve for them and imagine one hour of my time is wasted for whatever reason. That’s a lot, we did not value for our customers for that one hour and that’s not a good place to be in. We don’t want to be like that, especially as a consultant they trusted their operations, their business, their systems with us, it’s an important thing to take care of especially the trust. So running meetings effectively is extremely important and making progress in the project, making sure the right stakeholders are informed, making sure every single team member is actively participating and providing their updates.

If they are struck and if there is a red flag and cannot find a solution, they can immediately raise the flag and ask for help. It’s all on the project manager who owns the project and he also owns these meetings effectively. There has to be a clear agenda like the first item you are going to discuss, the second item you are going to discuss and the number of people that are going to participate at least in the face to face meetings that is what we would call. I had one of the large corporations that I worked for and there one person sent out a meeting invite to 10 people and like 50 people showed up. The room was not able to accommodate all the people that showed up and some people even came from Europe all the way to Houston, Texas. It’s all because everybody had to have a say in it and everybody have been impacted. For that reason all showed up and their budget with travel got approved and they showed up. It was amazing that how things could quickly get out of hand especially in larger corporations. It does not matter it is worth large or small, it is always important to run these meetings effectively because four people sit together and their not doing anything for one hour and talking something and nothing happens it all impacts the rates going on. It’s probably wasted and if you look at it that way, that will make a lot of sense. That is why it is good to have a clear agenda and it’s important to have a clear plan on what you are going to discuss about, maybe an item, a discussion point, here’s the decision we got to make either this or that or combination of these. These are something we have to resolve in the meetings quickly. 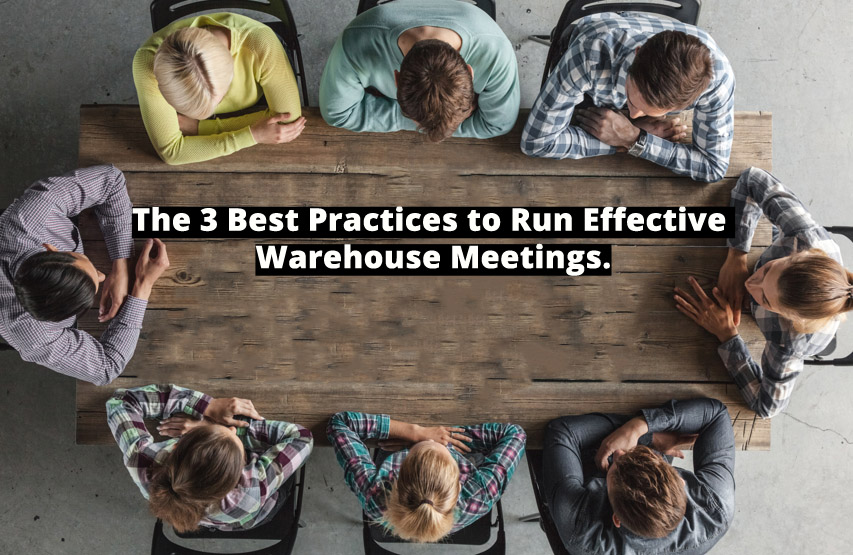 We did not do a good show of running that meeting so simple things like this can be avoided if planned meticulously. If you establish a discipline and establish a culture of running those effective meetings with a clear agenda before the meeting starts with the time that has to be blocked in everyone’s calendar with acceptance. If everyone is showing up we can get our objective accomplished in that meeting. We have to do that well so everyone is cognizant of everyone’s time the culture changes and if everyone is aware of the meeting and prepared they won’t waste anyone else’s time. That is important to do which saves the tone for the entire organization.

I could write a book on how to conduct meetings but just I brought it up because in WMS there are a lot of design discussions that happen, lot of project management stuff we get done we are moving the project, different work streams, carrying them together. We are also getting lots of tasks to be done and if you lose the efficiency in terms of running meetings then you are going to waste lots of time that means several really expensive consultants involved and they are very expensive sometimes easily 200 – 300$ per hour. You don’t want to waste all those $$$ if you run your meetings effectively. You could get the project done effectively at a lower cost. This is about highly focusing on getting your WMS and this is something from a project management perspective. Always have it in mind and make sure you have a good project manager who can instill this discipline across everyone by making sure that the meetings are important, effective, efficient and on to the point. This is something to think about so hopefully this is helpful. Thank you once again for joining this video and share your thoughts and in the comments section below.